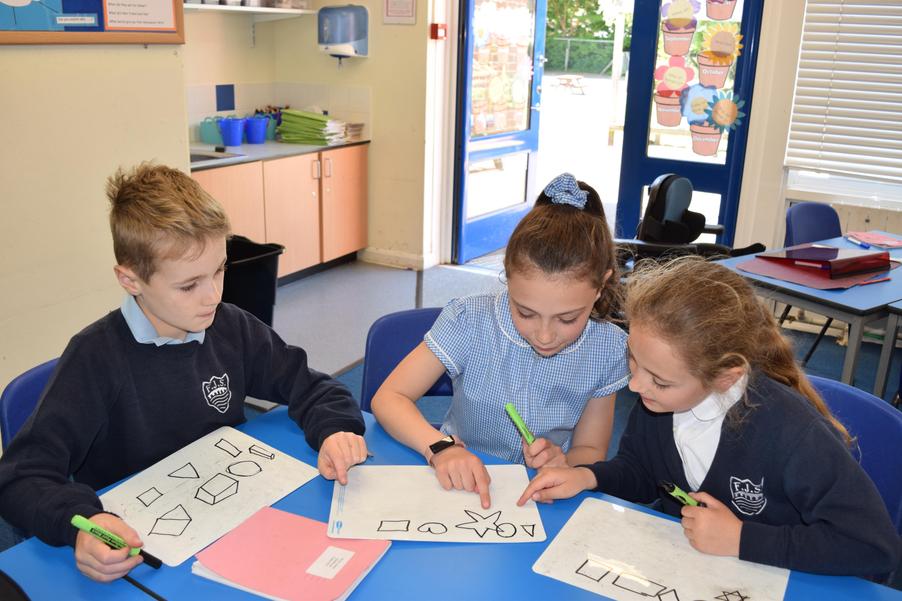 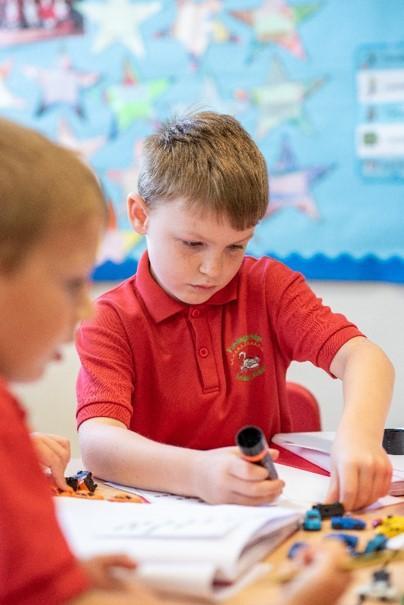 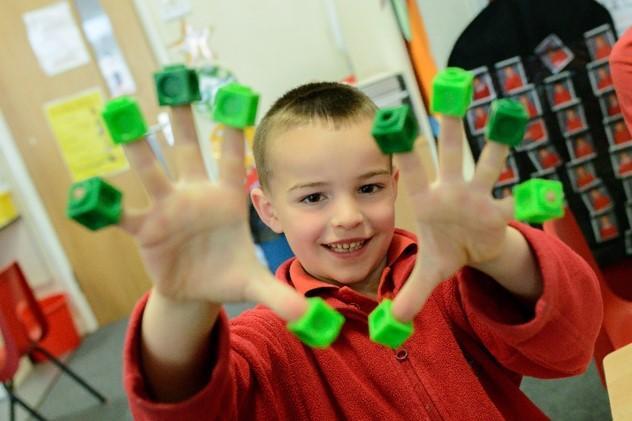 At Fordingbridge Infant and Junior Schools Federation, we want our pupils to know that Mathematics is a creative and highly inter-connected discipline. It is essential to everyday life and as such we aim to deliver a high-quality mathematics education that provides a foundation for understanding the world, the ability to reason mathematically, an appreciation of the beauty and power of mathematics, and a sense of enjoyment and curiosity about the subject. Throughout the delivery of our Mathematics curriculum we aim to link it to the idea that pupils’ mathematical ability is not something that is fixed, but that develops over time with practice. As such, we draw close links in this subject to our Federation motto: Believe, Strive, Achieve.

Within the federation, we design, review and adapt tasks to meet the needs of all the children. These tasks are linked to the national curriculum and as such they will be linked to the following outcomes:

At Key Stage 1: pupils will develop confidence and mental fluency with whole numbers, counting and place value. This will involve working with numerals, words and the four operations, including with practical resources [for example, concrete objects and measuring tools]. At this stage, pupils will develop their ability to recognise, describe, draw, compare and sort different shapes and use the related vocabulary. Pupils will also begin to using a range of measures to describe and compare different quantities such as length, mass, capacity/volume, time and money.

Lower Key Stage 2: pupils will become increasingly fluent with whole numbers and the four operations, including number facts and the concept of place value. Pupils will begin to develop efficient written and mental methods and perform calculations accurately with increasingly large whole numbers. By this stage, pupils will be developing their ability to solve a range of problems, including with simple fractions and decimal place value. Pupils will by now be drawing with increasing accuracy and be developing mathematical reasoning so they can analyse shapes and their properties, and confidently describe the relationships between them. They will start to use measuring instruments with accuracy and make connections between measure and number.

Upper Key Stage 2: pupils will extend their understanding of the number system and place value to include larger integers. This will increase the connections that pupils make between multiplication and division and incorporate fractions, decimals, percentages and ratio. At this stage, pupils will be developing their ability to solve a wider range of problems, including increasingly complex properties of numbers and arithmetic, and problems demanding efficient written and mental methods of calculation. With this foundation in arithmetic, pupils will be introduced to the language of algebra as a means for solving a variety of problems. Teaching in geometry and measures will consolidate and extend knowledge developed in number. Pupils will also by this stage be classifying shapes with increasingly complex geometric properties.

The expectation is that the majority of pupils will move through the programmes of study at broadly the same pace. However, decisions about when to progress should always be based on the security of pupils’ understanding and their readiness to progress to the next stage. Pupils who grasp concepts rapidly will be challenged through being offered rich and sophisticated problems before any acceleration through new content. Those who are not sufficiently fluent with earlier material will be given the opportunity consolidate their understanding, including through additional practice and interventions, before moving on.

The children will be assessed regularly, giving teachers a strong understanding of pupils’ current knowledge and understanding, but also highlighting any future needs.

The overall impact of our curriculum should result in pupils who: